The origins of indoor vertical farming

To understand all the possibilities and opportunities indoor vertical farming offers, we need to comprehend its origins and see where it all began. Let’s go back to the start of the future of farming.

The beginning of agriculture

In prehistoric times, predominantly wild fruits and nuts were available for collection in autumn, and leafy vegetables and tubers in spring. With the introduction of agriculture, humans were able to expand their selection of food.1

So, when did we start cultivating our vegetables in Europe? Well, a recent archaeological discovery found that the first cultivation of weeds took place 23,000 years ago!2

Since then, mankind has selected food based on its taste and production yield, as well as on whether food was easily harvestable or available at all. In the Mediterranean region, crops like beetroots, radishes and lettuce have been cultivated and used in cooking for over 2,000 years. Products such as spinach, broccoli and cauliflower were later introduced through trade with the Middle East and Asia. European expeditions to the New World introduced potatoes, bell peppers and tomatoes to the European diet.3 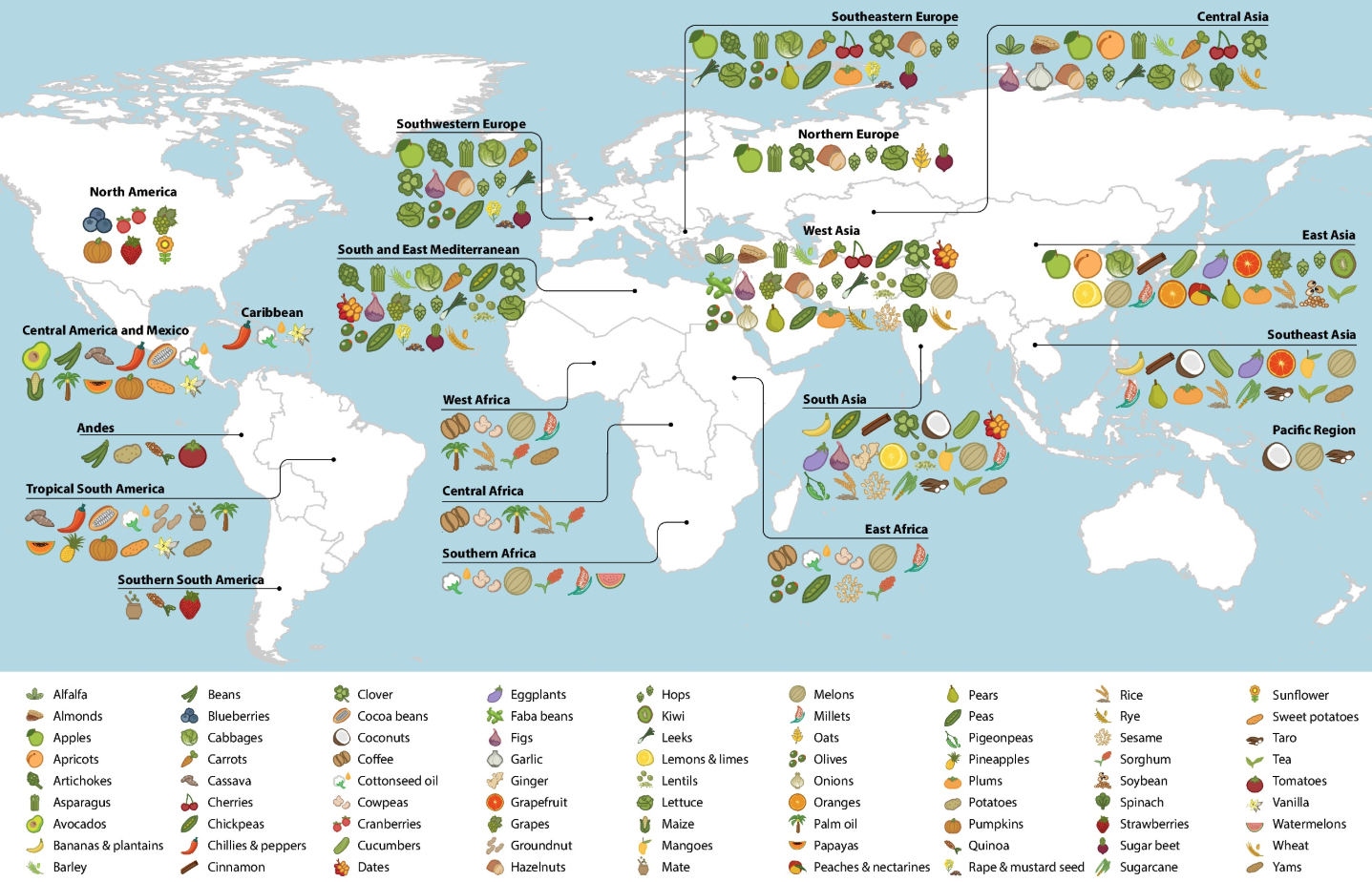 Today, when you look at the fresh produce section in your local supermarket, you can see the results of this assortment extension. Several technological breakthroughs helped to secure that these fruits and vegetables could successfully grow in our agricultural system. Let’s go down to this road of innovation.

From field agriculture to indoor vertical farming in 100 years

In the beginning of the 20th century, farmers had already introduced several ways of protecting their crops. This protection started with placing small boxes with a flat glass roof above the crops on the field [1]. Over the following years, small-scale greenhouses were developed [2]. Eventually, these boxes evolved into the first greenhouses as we know them today [3].

However, greenhouses can have many climate variations. You might have experienced the same kind of variation while driving a car in the rain, when the car windows get all foggy and you need to adjust the inside climate to improve your view. In agriculture, such climate variations can often limit plant growth, causing a loss of flavour or even a reduction in nutritional value.

To solve this issue of variation, scientists and technologists started creating more optimal circumstances for plant growth in greenhouses—even on a rainy day. They experimented with variables like temperature and CO2. In the early 1970s, they even found a way to grow crops without soil by adopting things like rockwool, a growing medium made from stones or rocks, instead of soil. As a result of this innovation, the agricultural carbon footprint in these regions was reduced, and better quality crop yields increased [4].

Later on, technical innovations such as hydroponics and artificial lightning were used to further optimize growing conditions [5]. In the second decade of the 21st century, LED lighting was introduced in greenhouses. This innovation paved the way for farming crops indoors [6].

Plant scientists and technologists realized that it would not sustain to continue controlling plants and pushing them to fit the environment.  Rather they thought about adjusting the environment to meet the needs of the plants. So instead, they developed a completely controlled indoor system where crops are given their own environment, optimized for their needs—this is the Controlled Environment Agriculture (CEA), which we explained here. Eventually the opportunities of this system led to growing crops indoor in vertically stacked layers, which is known today as indoor vertical farming.

However, it is important to note that not all vertical farms make use of CEA or are established indoors.

The future of farming

Vertical farming, especially indoors, can at first glance seem very alien. However, history has taught us that agriculture had always used some kind of technology (primitive or advanced) and was never really “natural” in the first place.

We should continue improving and developing our agricultural methods to sustain the world’s population and care for our planet and its resources, at the same time.

What will you be cooking tonight? Do you know where your products originated historically? Although the agricultural methods to produce the ingredients of your meal might have changed, their purpose to secure the future availability of our tasty and nutritious food has not.