Robin Food transforms surplus vegetables into soups for social grocery stores and food aid. The vegetables are sourced from regional producers and REO-auction who faced difficulties selling their products during the corona crisis.

The Covid-19 pandemic has resulted in enormous amounts of surplus leftovers such as vegetables and fresh fruits, causing difficulties for farmers and auctions. At the same time, a growing number of people do not have enough resources to feed themselves and their families due to the economic shock and rising unemployment caused by the COVID-19 crisis.

Robin Food offers new life to those leftovers, transforming them into new food products such as soup. These soups are made from surplus vegetables that specifically the REO Auction, farmers' cooperatives and other regional suppliers are finding harder to sell due to the corona crisis. 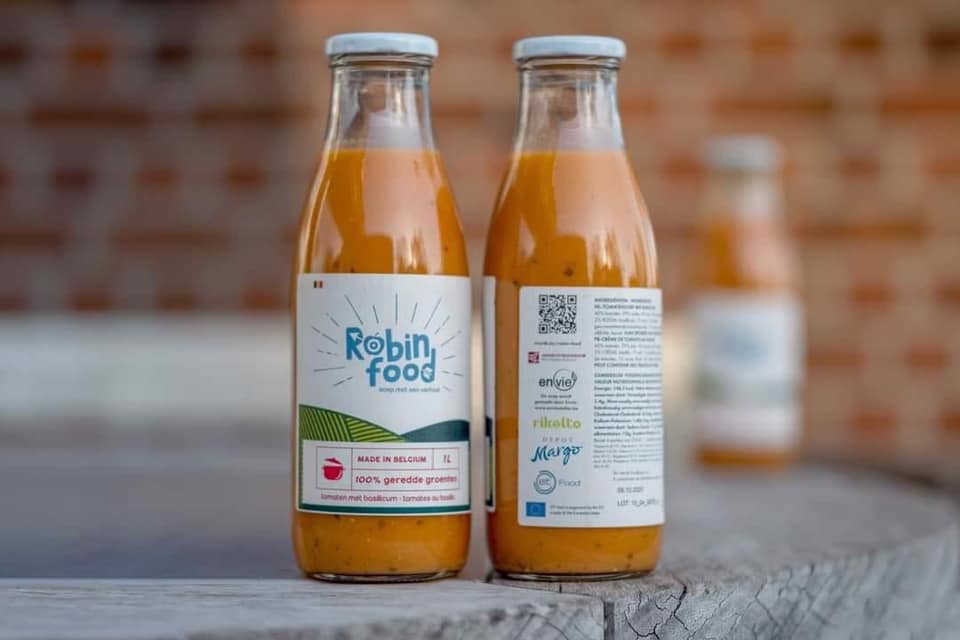 Rikolto (formerly Islands of Peace) were able to set up this collaboration in less than 2 weeks thanks to an investment from EIT Food West. The first goal was to be able to produce 20.000 liters of soup for those who need it most while at the same time offering new opportunities to the farmers and local producers. The next goal is to expand the brand’s products and the countries where it is available. In addition to the funding from EIT Food West, a health challenge was launched in collaboration with Zatopek. People donated money as part of the challenge and had one week time to run or hike 19 km. This challenge led to an additional 50.000 liters of soups produced.

Thanks to additional EIT Food funding as part of the Covid-19 Crisis Response Initiative, the food products are now also launched in Spain, The Netherlands and Belgium, focusing on making them available particularly to socially vulnerable groups. In addition to soups, fruit juices and sandwich spreads will be added to the offering. To keep the business model sustainable, the products might become available in the “classic” trade circuit at a slightly higher price so they can be offered for a cheaper price in the social grocery stores.