Why should we farm insects? Introducing Beta Bugs: An EIT Food startup

Meet Beta Bugs Ltd, a biotechnology start-up based in Edinburgh, UK, that is developing and distributing black soldier fly breeds to the insect farming sector.

Why do we need farm insects?

According to Thomas Farrugia, Founder and CEO of Beta Bugs, the UK farming sector is under significant pressure, as animal feed ingredients become increasingly scarce. This is due to world events such as Covid-19 and the Ukrainian war causing disruption to the agrifood sector.

There is also a greater demand for animal protein due to the rise in the world population and increased sustainable food production targets set by the European Union. This has led to food producers considering sustainable alternative protein sources to generate revenue.

As explained by Beta Bugs, farmers are seriously considering farming insects as a means of generating revenue, reducing their use of soya in animal feed, and localizing their protein production. By producing protein locally using locally derived materials, insect farming provides perfect opportunities for farmers wanting to use insect protein directly in their feed, or to sell it on to feed manufacturers.

Beta Bugs aims to provide the missing link in the insect protein supply chain, by developing and distributing black soldier fly breeds. Insects such as Black Soldier Fly Larvae can be reared at high densities, meaning tonnes of protein can be produced from a relatively small footprint, reducing feed ration costs at small-scale.

Using a combination of biotechniques and a state of the art genetic breeding programme, Beta Bugs is creating breeds of Black Soldier Fly optimized for industrial needs. These breeds are then sold to farmers wanting to use insect protein directly in their feed, or to sell it on to feed manufacturers.

One of the main benefits of working with Beta Bugs is that they are able to provide customers with access to black solider fly breeds on a regular basis. This means that customers do not have to do the hard work and research and development that breeding companies such as Beta Bugs undertake.

Using insights and learnings from the EIT Food Accelerator Network, Beta Bugs was able to focus on its commercial and strategic goals and position itself for manufacturing and distribution. In parallel, being part of EIT Food has enabled Beta Bugs to further raise its profile within the agri-food and agri-tech sectors.

Introducing Beta Buzz: a publication for the insect farming industry

The publication provides a solution to addressing the ever-growing need for regional production of protein and other feed ingredients. Now more than ever, it is important for the insect-farming industry to step up and scale-up – a feat which is largely possible through new market entrants such as farmers and entrepreneurs setting up their own insect farming operations.

The first issue of Beta Buzz had an overwhelming response and was welcomed by the insect farming and agri-food industry, being hailed as a valuable resource for anyone involved or wanting to get involved in the sector.

Following on from this response, Beta Buzz #2 was created to help bridge the gap between businesses and customers struggling to find the required and most up to date information all in one place so taking into account our audience, the Beta Buzz team has included articles and perspectives on the sector, in line with the publications aim of making the industry more open and communicative.

We wish Beta Bugs all the best in with their product development journey and Beta Buzz publication!

Food Ingredients Europe: a conversation with our startups

Women in Agrifood Summit closes the EWA programme by bringing together agrifood professionals, entrepreneurs and experts from 15 nationalities 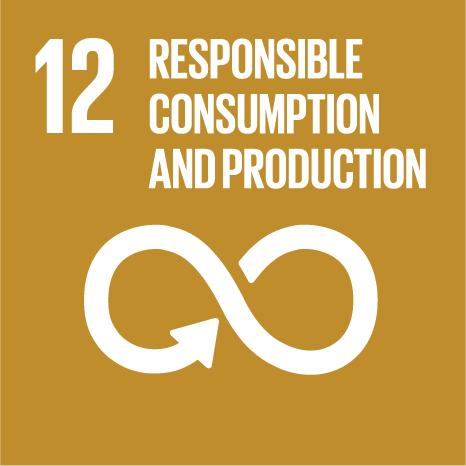 Explore a career as a mechanical engineer

November 02, 2022
regional blog
In this blog, we deep-dive into a career as a mechanical engineer working in the precision fishing industry.
Continue reading

Explore a career as a marine scientist

October 26, 2022
regional blog
In this blog we deep-dive into what a career as a marine scientist entails.
Continue reading

Can we trust fish from aquaculture – is it safe to eat?