The word farming evokes a range of sentiments. For me, I see images of the sun shining on green, open fields with animals grazing about. Depending where you’re from, this scene may vary, but more or less, we probably have a similar feel. Can the same be said when you instead hear vertical farming?

Where did vertical farming begin?

First devised in 1915 by American geologist Gilbert Ellis Bailey, the initial concept of vertical farming was rather understood as a sort of rooftop farming.1 The definition evolved as vertical farming moved indoors, and while definitions vary, most agree that vertical farming refers to the growing of edible greens in stacked rows in a controlled environment.2

Slightly hard to visualise, isn’t it? It’s perhaps easier to imagine a greenhouse or a rooftop garden, but understanding what exactly makes it ‘vertical’ may not come to mind as easily.

How is this technology described?

Definitions on the concept vary particularly concerning the geographic aspect of vertical farming, and whether vertical farming takes place exclusively in an urban context.3 However, definitions aside, the question becomes—is this futuristic concept the answer to sustainably producing food for a growing, increasingly-urbanised population?

Is there a need for change in agriculture?

This question is increasing in importance as advances in modern agriculture, although having been instrumental in giving many parts of the world a reliable food supply, have provided a system which causes harm to our natural ecosystems including habitat loss, wasteful water consumption, pollution, climate change and loss of genetic diversity.3

Vertical farming is often used as a marketing term and described as a grand tool for  ‘feeding the world’ and repairing the world’s damaged ecosystems. While there is not yet an end-all, single solution to creating a more sustainable food system, introducing vertical farming practises in urban centres may offer a complementary system to traditional farming, with more sustainable aspects.

In this context, vertical farming’s reduced use of water and land, and decreased waste and CO2 emissions could already be a help towards changing trends in global climate change were it to become more widely explored. The controlled and contained nature of the technoogy could reduce agricultural runoff as well, which in traditional farming, is any water that is carrying away by-products from a farm and may contain fertilizers and other contaminants.6

Added to that, proponents of the technology claim that it makes crops less susceptible to pests and diseases without the use of pesticides since food is grown in a controlled environment. This type of agriculture also provides ideal circumstances for growing plants in all climates, locations, and seasons, and allows crops to be nutrient dense since factors influencing quality can be carefully tailored and controlled.

Given that vertical farming technology can work anywhere, parts of the food system would be less dependent on transport from rural areas to urban centres, thereby decreasing some of our fuel emissions.5 Food waste by spoilage could also be reduced considering there would be little time spent between when crops would be harvested and sold to us, the consumers.5

The process of vertical farming also uses a fraction of the land and water required for conventional farming, again due to the carefully controlled environment in which the crops grow.3  This introduces the possibility of making use of abandoned or unused properties in urban environments rather than overworked land in rural areas. Foods can be grown in warehouses in cities, in produce departments of local supermarkets, in kitchens of restaurants and even in microwave-sized models in peoples’ home kitchens.3

Growing food where we live also means harvesting at the peak level of ripeness and nutritional value. By the year 2030, an anticipated 60% of people will be living within cities, making urban agriculture an attractive technique for feeding parts of our growing population while protecting our environment, as well as offering a way of enabling our urban population to reconnect with how our food is produced.7

Who knows, in years to come, this type of farming - or new hybrid forms with conventional forms of food production - may be the new norm.

As the concept is complex, this introductory article was the first entry in a series of posts which will delve more deeply into different aspects of vertical farming as part of the Cultivating Engagement project. We hope you will continue reading our blog, which will be written by different authors from our project team. If you’re still confused by all these terms on vertical farming, read our next blog post where we’ll define some key concepts on this novel farming technology. 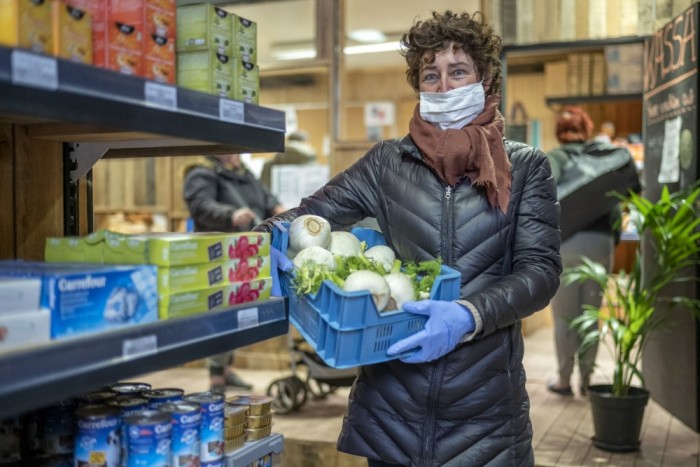 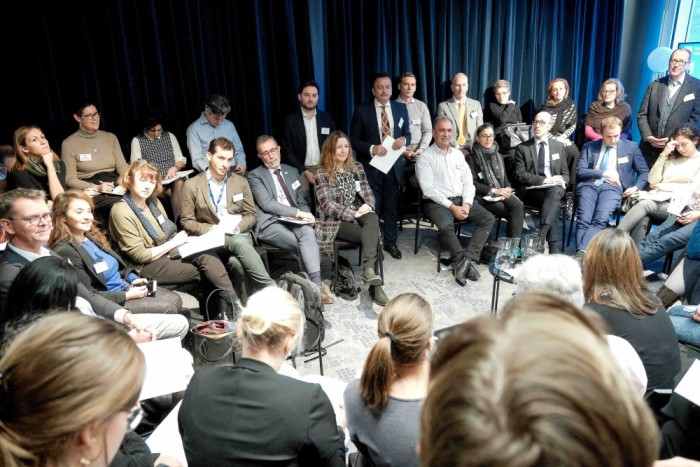 Is collaboration the key to transforming the food system?

Over six months have passed since the publication of the EU’s Farm to Fork Strategy and the food system is facing mounting pressures. Is a positive future of food now more dependent on collaboration than ever before?