Chef on Tour: The Beekeeping App Saving Bees One Hive At A Time 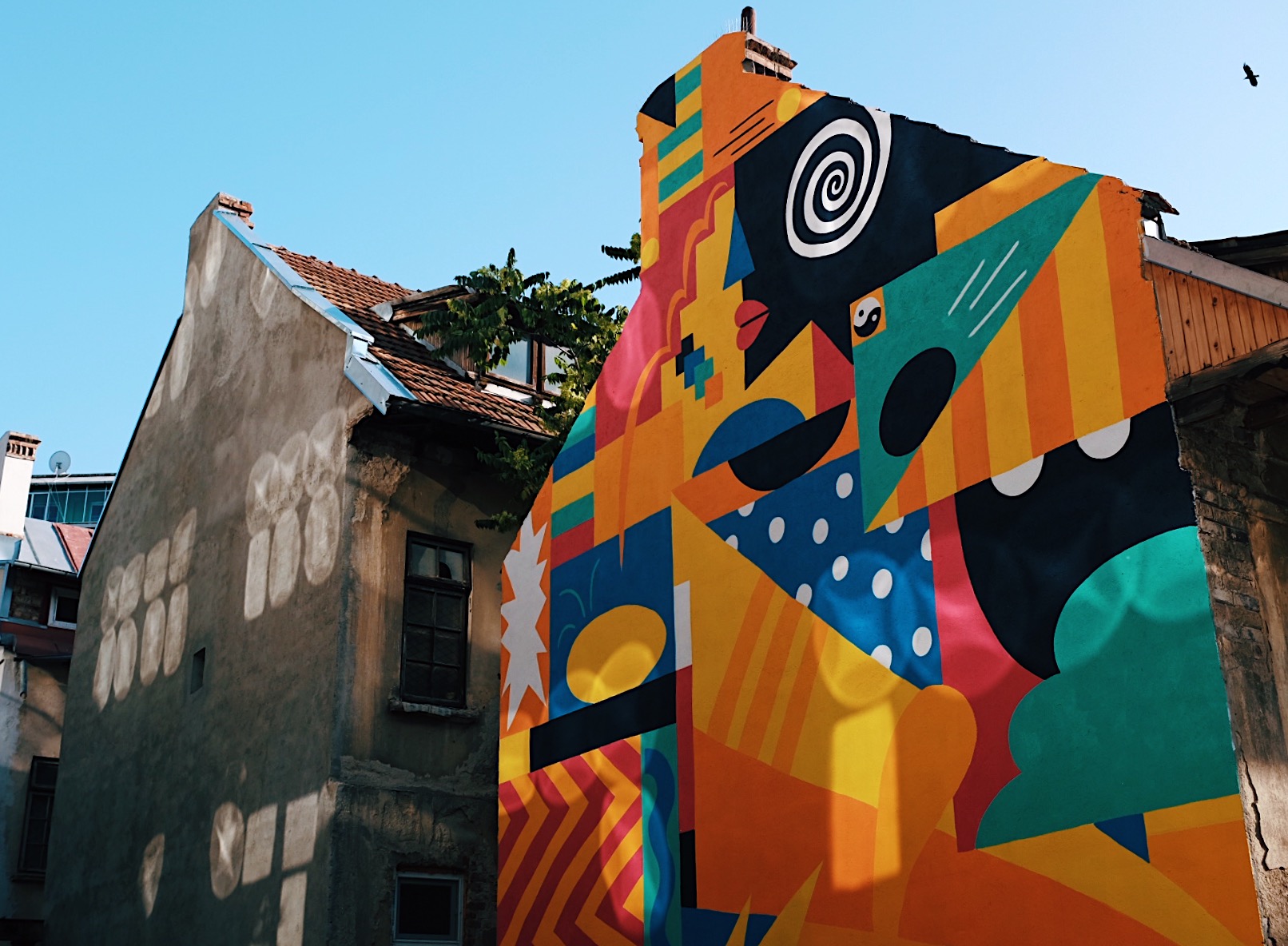 A evening at the farm-to-fork restaurant, Maize, in Bucharest

For this edition of our Chef on Tour series, Josh is in Bucharest enjoying a delicious local Romanian dinner with local food hero Bogdan Iordache, whose beekeeping app is improving the livelihood of bees.

An uncharacteristically stifling hot night in Bucharest, walking down the leafy, overgrown streets of the Dorobanti neighbourhood, in search of Maize: a farm-to-fork restaurant focussed on showcasing the best of Romanian produce in an airy dining room overlooking the cityscape. It was here that I met Bogdan Iordache, the founder and CEO of Apiary Book, the leading Apiary management and beekeeping app in the world. The app enables beekeepers to monitor their bee hives for optimum bee working conditions. With over 100,000 downloads, and 20,000 monthly users, Apiary Book is a real success story in such a niche market, helping to revitalise the declining bee population. Over a meal of beautifully presented local delicacies, Bogdan told me the story of how Apiary Book came to be, while disclosing his mission to create a global network of highly informed beekeepers capable of fighting for the health of bees!

Why it’s never too late to start beekeeping 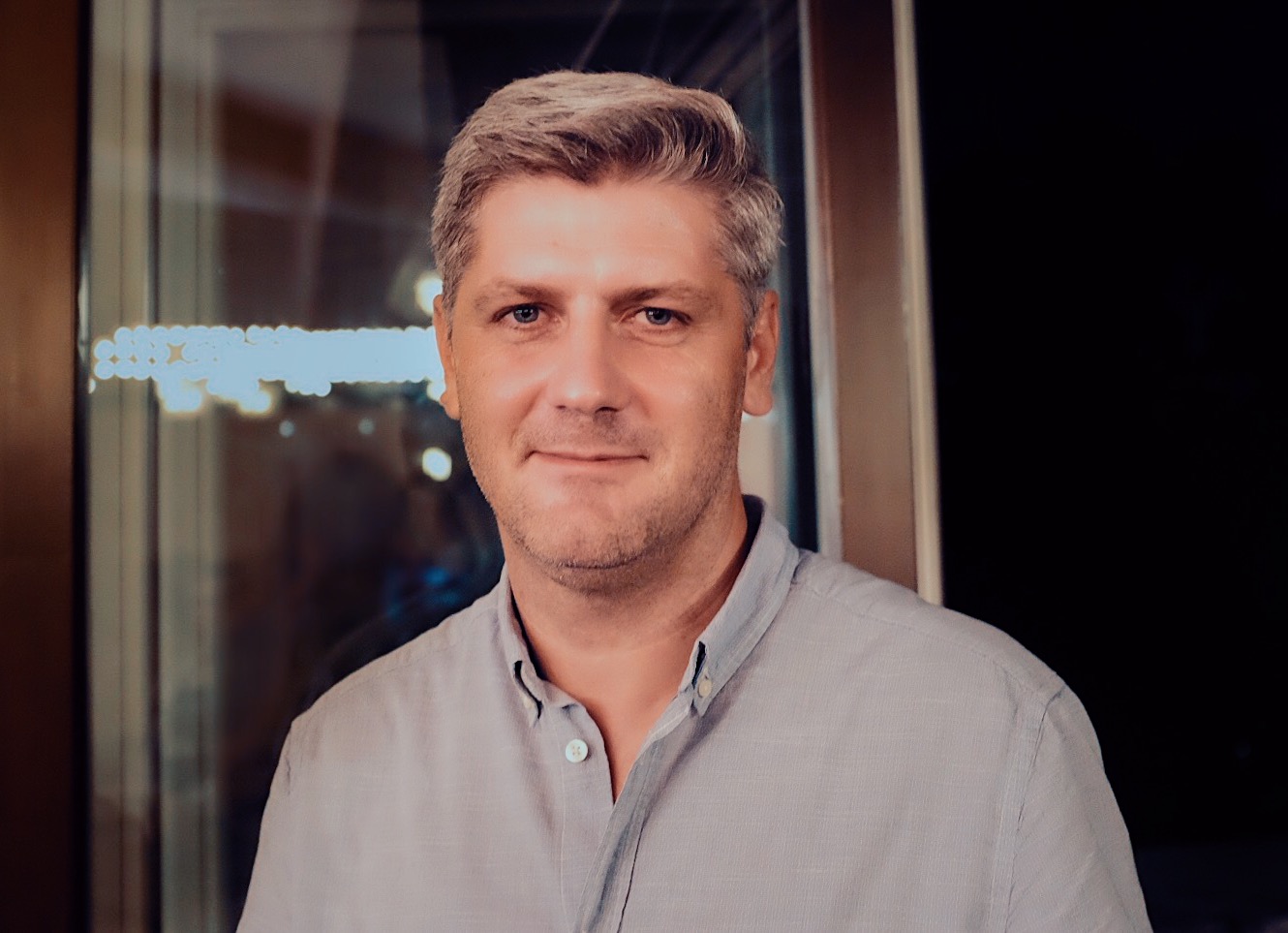 Bogdan Iordache, the founder and CEO of Apiary Book

After 20 years of working in software engineering, Bogdan had the revelation of wanting to escape the corporate world and the long days sitting in front of the computer to instead 'get back to nature'. As a child growing up under the communist rule of Nicolae Ceausescu, Bogdan was forced to labour outdoors; however, 20 years working in software meant that he’d forgotten the feeling of working with his hands. At the age of 40 he decided to get into beekeeping with his brother, setting up an apiary of 10 beehives around 100km from Bucharest. It was here that they rediscovered a connection to the land. After long days tending to the hives they would often sleep under the stars and wake up to the humming of bees. This experience profoundly shaped the way Bogdan now sees himself and his company. Apiary Book is a prime example of a high tech solution to environmental issues, which are able to bring us closer to nature. The app offers a complete solution for the management of apiaries, monitoring of bee hives’ temperature and humidity and weight - as well as publishing best practises for beekeepers. All of this information is put into the Cloud where it can be studied to make regional analyses of bee health.

Appreciating the flavours of Bucharest 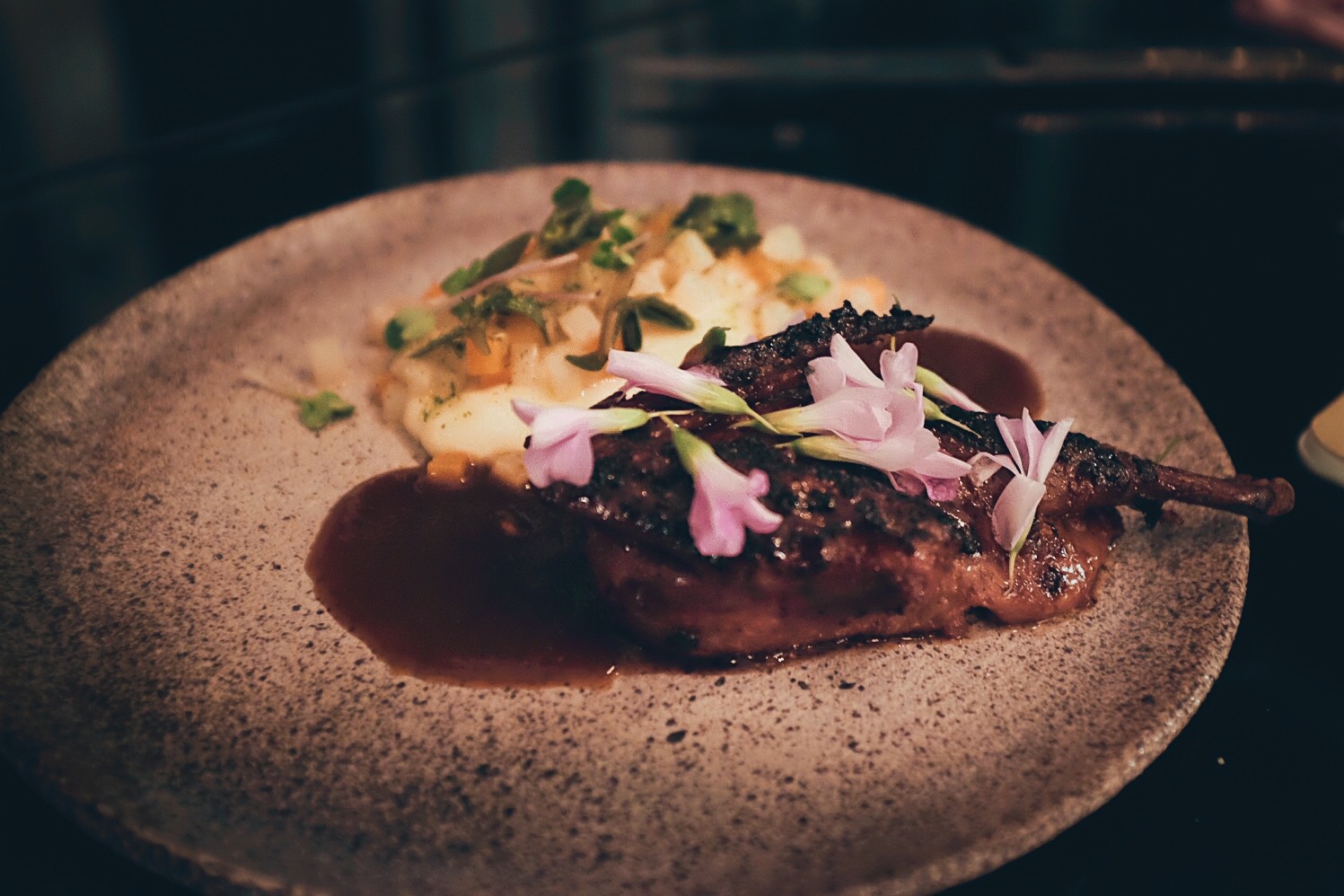 My fragrant main of locally-sourced pigeon, cooked over a charcoal grill

To put it simply without bees there would be no food, a fact not lost on us as we began our meals. I ate poached duck egg, pork fat chips, fresh parsley and flowers, with smooth and creamy polenta. I tried many different versions of polenta on this trip to Bucharest, and this was the best by a very long way. For my main meal I had locally-sourced pigeon, cooked over a charcoal grill with carrot puree, caramelised vegetables and a sour cherry sauce. Bogdan ate sous vide mangalitsa pork, a breed of pig native to Hungary but also reared here in Romania, finished on the grill with aromatic romanian flours - cucumber ketchup and garlic puree. It was pleasing to also hear from our host at Maize that they are constantly seeking out the best local ingredients in order to reduce the footprint of the restaurant and support local producers. In this regard they are one of the trailblazers in Bucharest at the moment, changing their menu daily to work with what produce is available. 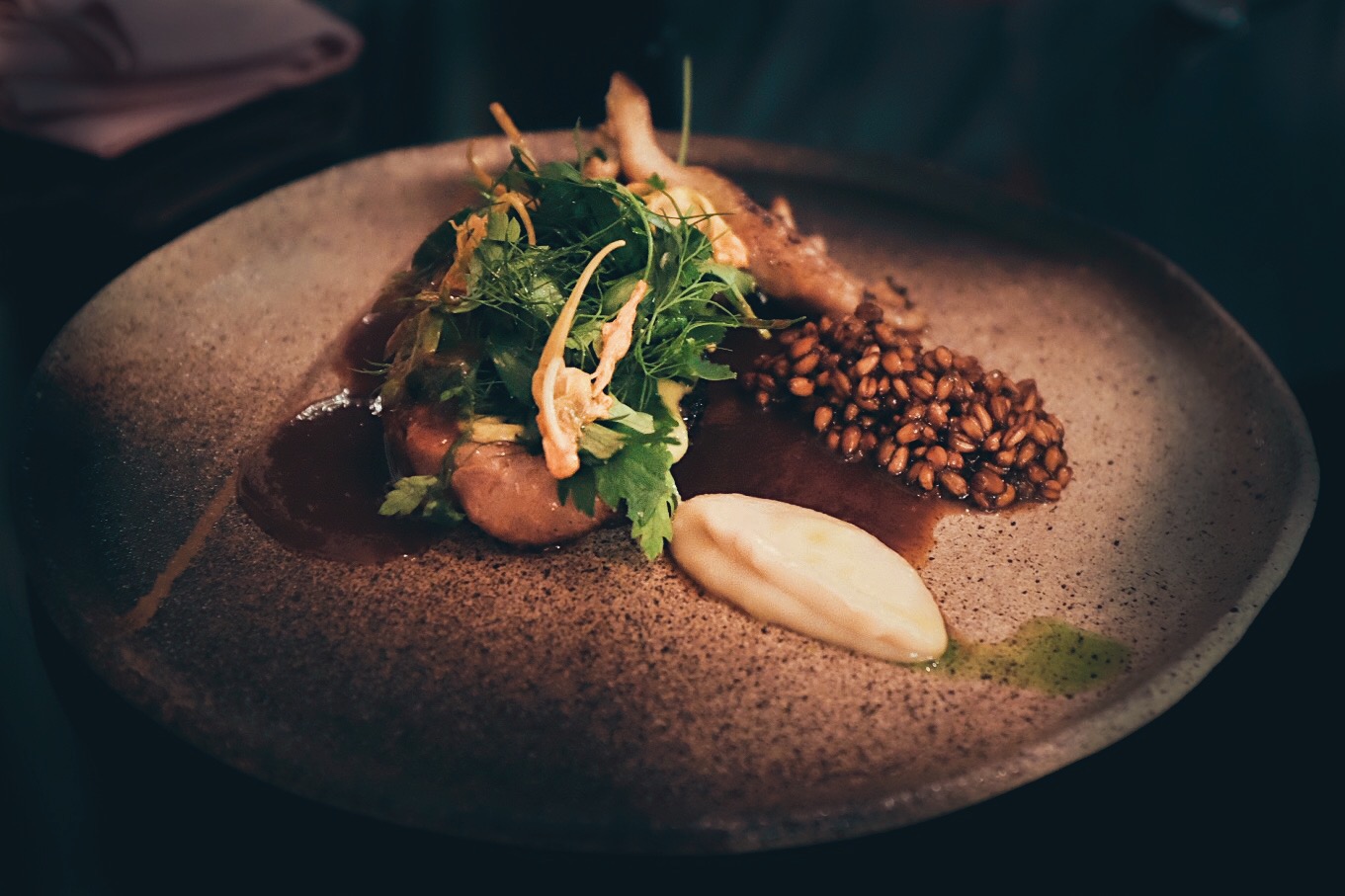 Bogdan’s passion for helping bees was inspiring. Beginning this new chapter in his life opened up a whole new network of people for Bogdan to communicate with and inspire his adventure with Apiary Book. He was not expecting the app to become such a success story and it wasn’t until he saw the praise from its users and ambassadors that he realised he was transforming the lives of beekeepers. Having worked for so long in the software industry, he is of course well versed in what ‘open source means’ - yet he was surprised and amazed by the willingness of total strangers to get involved in his project. Once again it is clear to see the warmth and connectivity of the eco-food and agri-tech community coming together to protect the future of bees.

It was clear that Bogdan’s software engineering background also helped in the initial stages up setting up his own beehives as he had a very analytical mind. This helped him view his apiary not just as a single system, but one made up of different cogs, each important to the system as a whole, much like the importance of each individual bee in a working hive. Each part could be optimised in order to create a more cost efficient and sustainable machine. Collecting as much data as possible became crucial to Bogdan’s vision. In doing so, Apiary Book reduces the amount of time a beekeeper has to physically spend at their hives, whilst also increasing the amount of information they are able to take from them. Disturbing the bees less and taking readings from the app instead allows the health of the hive to develop more naturally.

However, helping bees and beekeepers is no easy task. A major issue that Bogdan and Apiary Book have discovered is that of democratising access to research and information for individual beekeepers. According to Bogdan, the average beekeeper may not be the most tech savvy, or have the time, resources or interest in accessing academic research which may be beneficial to their apiary. To combat this, Apiary Book is launching an online academy this summer to help “put beekeepers in the first line of defense in the battle against climate change, diseases, and pests spreading all over the world.” Through the use of Apiary Book, beekeepers are able to collect information on humidity and temperature to monitor beehive health. The platforms also informs beekeepers about possible threats to their beehives, such as the spread of disease or pests. For example, knowing where it is safe to import your wax or equipment, so as not to contaminate your hive. So far, collating data has allowed Bogdan and his team to begin creating a set of best practises which can then be disseminated amongst his users - thereby increasing user access to information that they may have previously been excluded from. 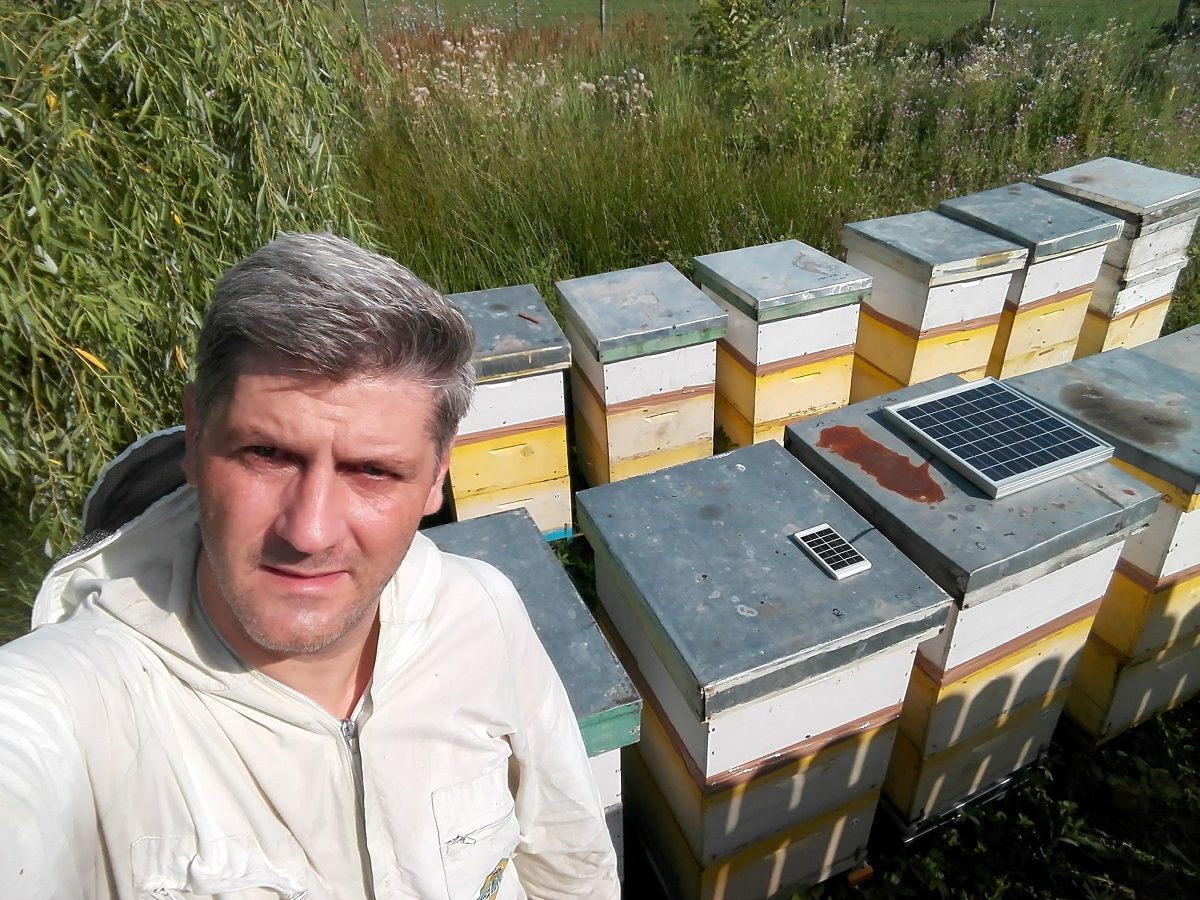 Bogdan Iordache with his beehives

Another important aspect to the company is creating links between different stakeholders with interests in the health of beehives; namely beekeeping associations, local and national governments, beekeepers and vets. For example, they are currently running a pilot program with municipal governments, whereby the mayor is able to use the app to inform beekeepers when pesticides are being sprayed in the local area. This is information that the mayor’s office is already required to do by law, but the previous methods of collecting this data has not been effective.

To sit with Bogdan for an evening and learn of his experiences which led to starting such an innovative and important startup was a real pleasure. His business is driven by a real passion for connecting and educating people as a means to improve the future of our planet. Up next for Bogdan is the online academy which I mentioned - which will be a really great step forward in terms of further connecting his users and supplying them with knowledge. He is excited to grow and searching for investments to support him. I look forward to seeing how his venture develops and how he continues to transform the global health of our bees and their apiary homes!

Stay tuned for my next Chef on Tour edition where I’ll be in Prague meeting a company making pasta from insects, a local chilli sauce producer and someone with a PhD in whiskey testing…!

Want to know more about Josh? Check out our exclusive interview where Josh explains his passion for food and sustainability and how EIT Food is helping him promote his food mission

For more information on bees and their importance for a safe food supply click here.

Anne Jorun Aas, CEO of Farmforce, describes how they are turning data into tools for the agriculture value chain - securing sustainable sourcing, protecting the environment and improving farmer quality of life.

5 ways to accelerate the transition to sustainable agriculture

Transitioning to a sustainable food system is more important than ever before. What role does agriculture play and how can the agrifood industry accelerate a just transition?