Iceland Edition - For the last edition of the Chef on Tour series Josh is in Iceland exploring MATIS’ futuristic kitchen with local food innovators involved in everything from 3D printing, to botanical gin and to unexpected local delicacies. 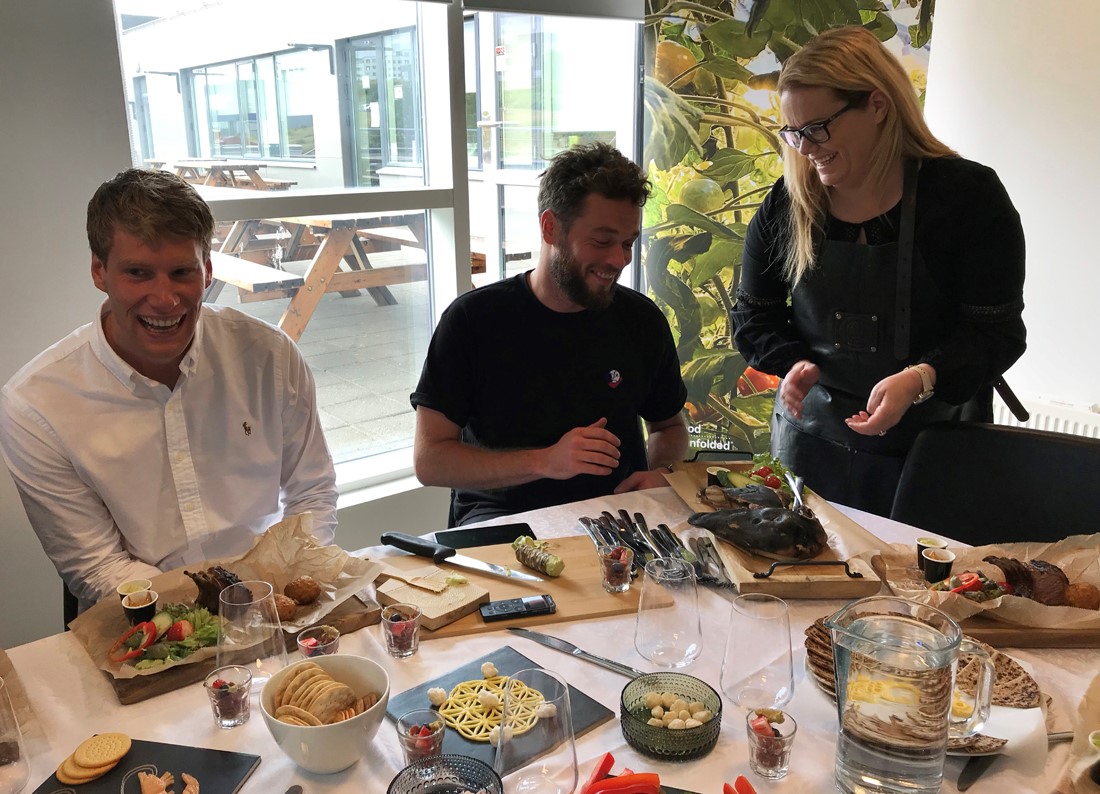 Unnerved and surprised, but willing to try Iceland’s local delicacy of lamb head

I was warmly welcomed into the futuristic space of the MATIS building on the outskirts of Reykjavik by Hordur Kristinsson, the Chief Science & Innovation Officer, and Holly Kristinsson, the Consultant for Research & Innovation. MATIS is a food and biotech research and development institute founded in 2007, working to create value “within the bioeconomy and the development of policy and infrastructure in areas in need of understanding and training in food production.” One of MATIS’ major projects involves harnessing 3D printing technology to repurpose the by-products of the seafood industry into high quality food products (who knew that food could be ‘printed’?!). They believe that in the near future, food 3D printers will be as ubiquitous as microwaves across the food industry and are keen to make Iceland a frontrunner in this sector.

Introducing the Icelandic entrepreneurs and a pop star special guest

Icelanders are known for their brilliant storytelling, and at MATIS’ on-site test kitchen I was to meet a whole group of food entrepreneurs who could all tell an interesting tale about their particular innovation, many of which they had brought along to be shared with us all for lunch. Each company has a deep connection to the stunning natural landscape of Iceland, which seems to be inescapable in everything that goes on in this wild place.

Present at the table was Oskar Ericsson from Himbrini Gin, Ragnar Atni Tomasson from Nordic Wasabi, Herborg Svana Helm from Fjarhusid Lamb restaurant, and Ragnar from Islensk Hollusta (Icelandic Health) and Arfur Brewery. We were also joined by Rakel Halldórsdóttir - a guest editor for the beautiful Icelandic food and culture magazine Faed, and founder of a movement to encourage farmers markets into rural areas. Rakel has a partnership with the National Museum of Iceland to host farmers markets across the country in historical, abandoned houses which would otherwise lay dormant. Her project was very successful after the economic crisis of 2008 as a way of helping rural organic farmers to get their produce to market.

We were also delighted to be joined by popstar Zara Larsson and her team, who took a breather from performing on Ed Sheeran’s ‘Divide’ World Tour to check out MATIS’ 3D printing technology and meet the local food entrepreneurs. 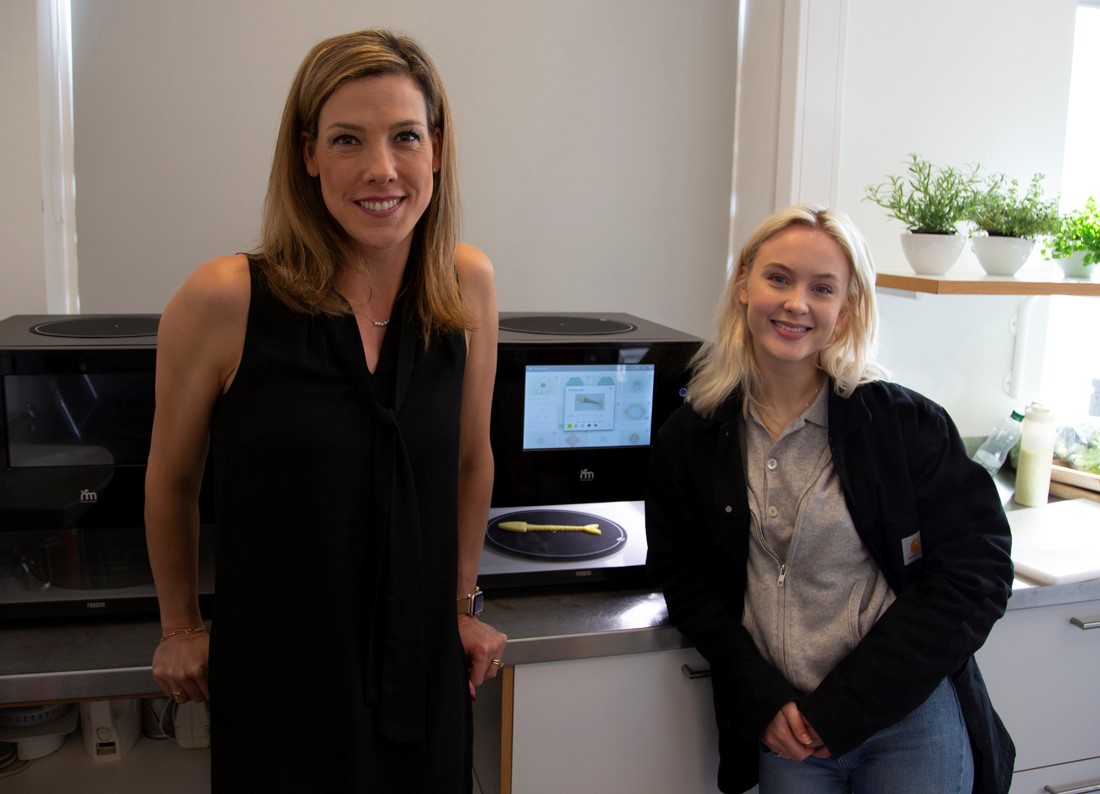 Before we ate our delicious lamb prepared by Herborg, we were treated to a demo of the 3D printer ‘Foodini’ by Holly, as well as a short virtual reality film produced by MATIS on the development of their ideas on fish waste. In the film you are transported onto a fishing boat on the Atlantic, to a fish processing plant in Iceland and eventually locked into the 3D printer itself with Holly peering in at you from outside! This was an incredibly effective medium to demonstrate the different stages in finding a valuable use for the waste produced in fishing. The 3D printer can print soft foods such as butter or caviar and transform them into whichever shape that has been programmed in. We had butter in the shape of a fish to go with the traditional Icelandic snack of dried fish (Harðfiskur). 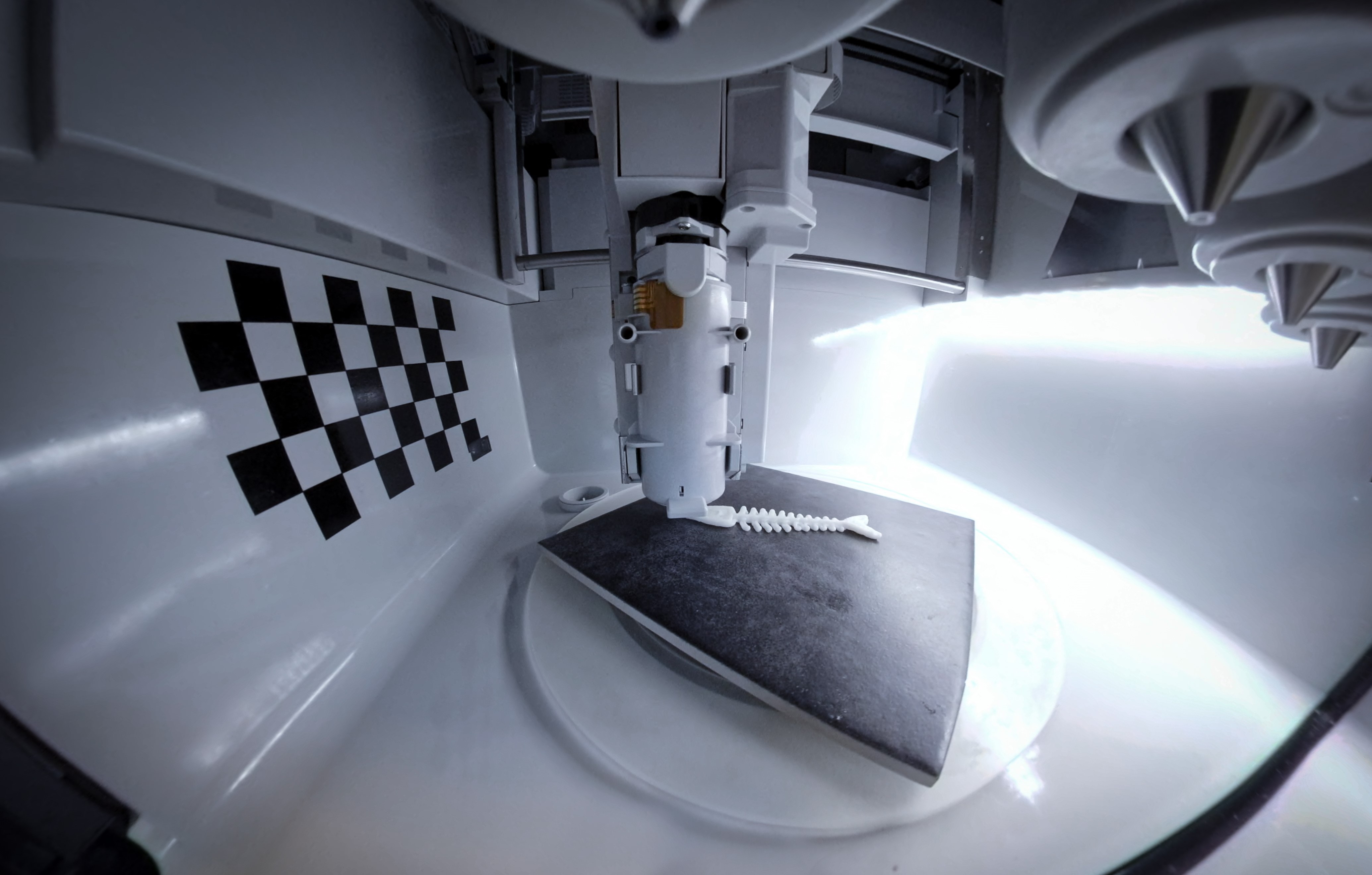 Inside the 3D printer creating the traditional Icelandic snack of Harðfiskur

Holly is also developing another product from this fish ‘waste’. By waste, I mean parts of the fish left behind in the filleting or food processing process, which are normally thrown away despite still being highly nutritious. Holly’s company Responsible Foods is setting out to “disrupt the global snack market” by producing highly novel, sustainable and delicious snacks from fish waste. Holly was largely inspired by the aforementioned Harðfiskur and wanted to achieve a similarly dry and tasty snack which utilised “sustainable Icelandic ingredients and raw materials.” We also tasted some of Islensnk Hollusta’s health food snacks such as sugar kelp, sea truffles, Nordic kelp and other forms of seaweed. Islensk Hollusta supplies their products to restaurants such as the famous Michelin-star Noma in Copenhagen; products which are always strictly Icelandic raw materials, hand-picked and handmade. As a company they are reviving and even totally introducing different plants into peoples’ diets. 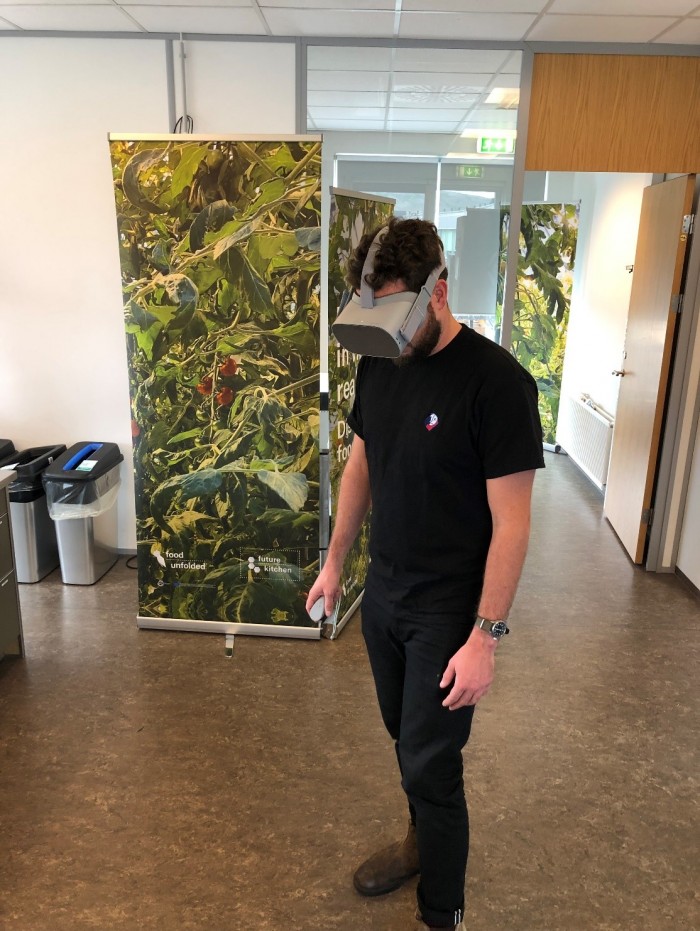 Getting my head around (literally) virtual reality headsets

Our food was prepared for us by Fjarhusid restaurant, located in one of Reykjavik's first food halls, Hlemmur Matholl. The first food that passed my lips that day was svid - boiled lamb’s head! Once I had adjusted to the fact that its tongue was hanging playfully out of its mouth, I managed to take some meat away from the under the jawline and sample this most Icelandic of delicacies. I was slightly unnerved by the whole room staring at me as I ate, but in the end it was of course delicious. Icelandic lamb roam across the whole country - there are almost no fences to contain them. Consequently, their flavour changes with their location and what food they are able to scavenge from the land. Herborg also prepared smoked lamb - served with some Nordic Wasabi and blueberries. The smokiness of the lamb was very gentle, as was the wasabi in comparison to the sometimes overpowering taste of the paste we often eat in Europe. For our main course we were served beautiful rack of lamb which most of us then added more wasabi to. Nordic Wasabi, a product of Jurt Hydroponics, uses renewable hydroelectricity to grow their roots in a huge 2000m² greenhouse, and exports their product to some of the best restaurants in Europe. Jurt Hydroponics was founded by Johan Sindri Hansen and Ragnar Atli Tómasson, who are passionate about creating “quality hard to grow plants” using pure Icelandic water and organic growing mediums. 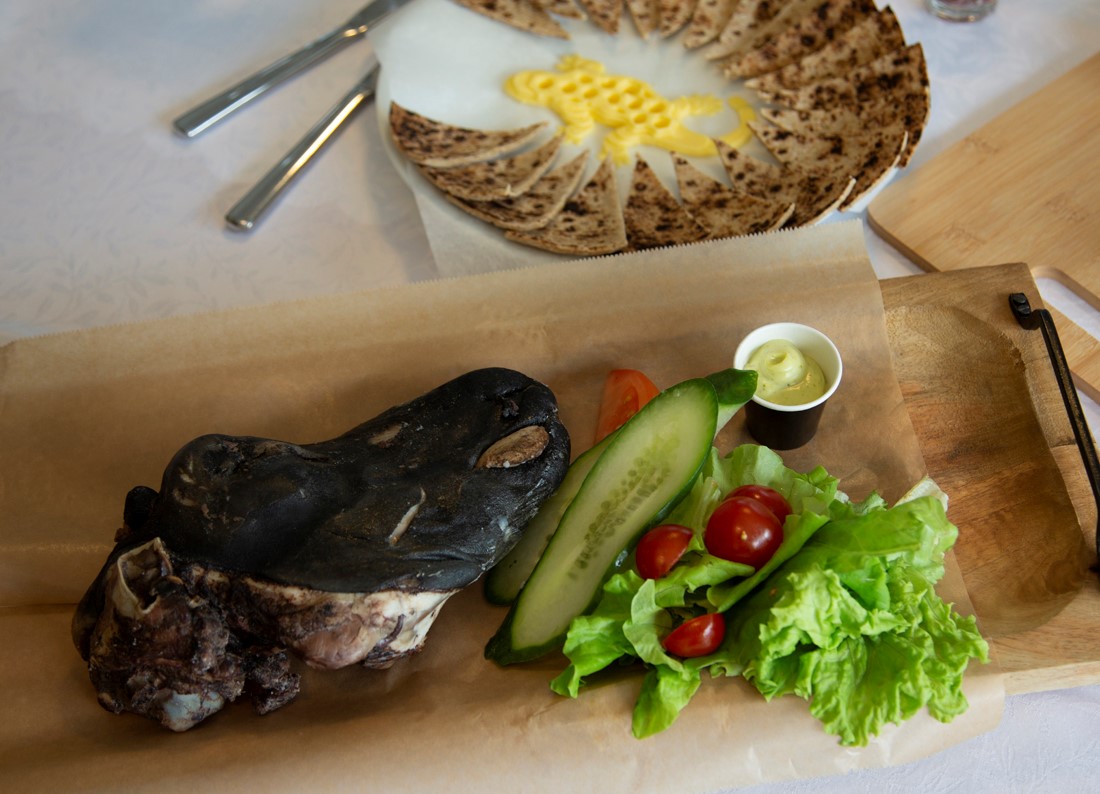 As we ate our lunch, Haukur from Alfur Brewery stood and pitched us his beer which is sustainably produced from the waste product of potato processing plants. The potatoes are spun against a rough surface to remove the ‘eyes’ before they are sent for pre-boiling, and it is the waste from this process which Alfur uses instead of barley in their brewing. Seeing an opportunity to add value to this potato waste, Alfur began to transport this waste back to their brewery in Reykjavik and give it a new lease of life.

Haukur was another fantastic storyteller. On this day he brought us their Saison - a “hardcore farmer’s beer” brewed traditionally in the summer, with the warmer temperatures producing a “wild fermentation” ending with a delicious hop-forward and grassy beer. Haukur loves the experimental aspect to all alcohol making. When a discussion on the non-existence of wild elderflower on Iceland broke out, he shared a story of an old bearded man who makes elder wine with the elderflower he has managed to find at an old cemetery by the sea. ‘Graveyard wine’, he called it! 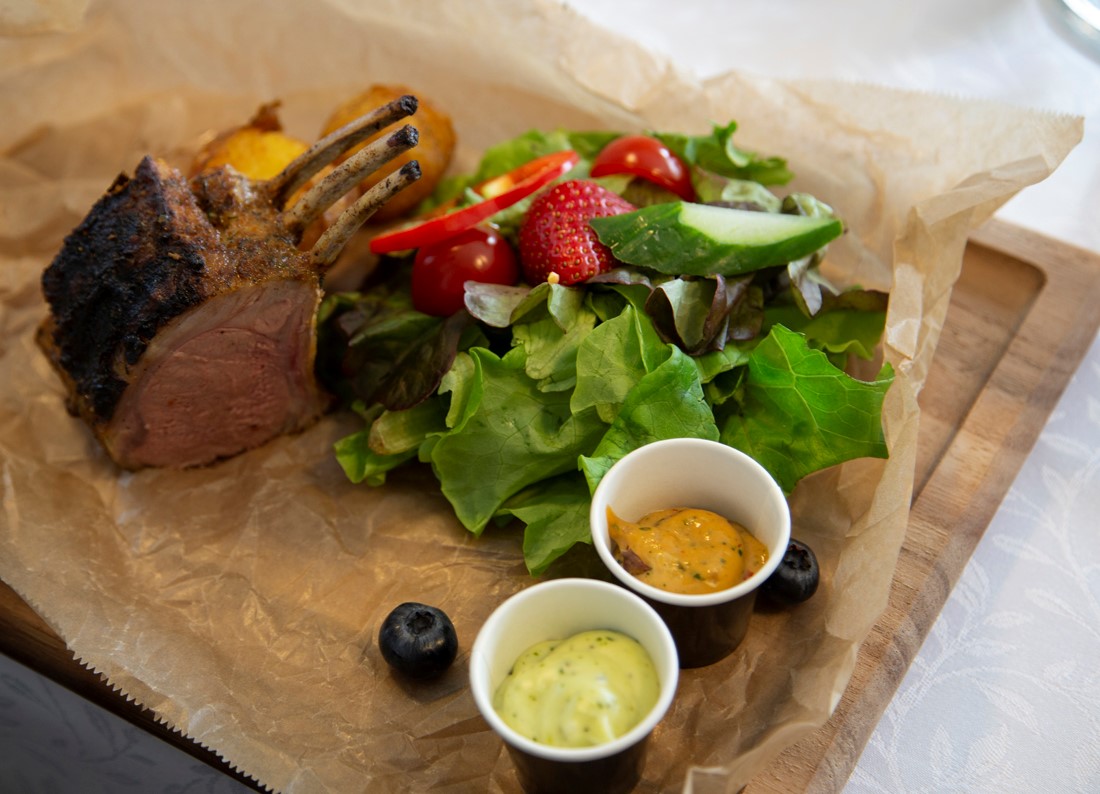 The startup dedicated to nature conservation

Oskar from Himbrini was keen to get us all tasting his product from the moment he entered the lab, endowed with different tonics and gins where each bottle had been hand-labelled himself and the botanicals foraged from the land. Oskar’s adventure with Himbrini started in rivers, fishing for trout and dreaming of distilling a whiskey-style gin to keep him warm in the cold climate. This is how he first came across Old Tom - an old style of gin developed by British soldiers returning from the Spanish civil war, who had developed a real taste for the sweetness of Dutch Genever. Oskar tells the story of 17th century London, where speakeasy establishments would have a plaque of the face of a cat outside, through which a customer could dispense their money and receive a secret shot of Old Tom in the times when gin was being strictly prohibited.

Oskar and his brand Himbrimi are committed to promoting their core values of gender equality, nature conservation, and art. It is impressive to see how a small startup like this is willing to put time and money aside for this. Himbrini supplies bottles to small underground exhibitions in Reykjavik, up to the Venice Biennale. 5% of all revenue from their Old Tom gin goes towards nature conservation - a fairly sizeable amount for a startup. We also got to try some of their Brennivin, a clear Icelandic spirit flavoured with caraway, and their distilled gin, delicious in a gin and tonic with hints of tangerine and lavender from the arctic thyme which is so prevalent in Oskar’s drinks. Unfortunately I was flying back to the UK the next morning at 5am, otherwise I would have been joining Oskar out in the hills on the hunt for sweetgrass that he would be out foraging for his next batch of gin!

Confidence is key to making the food sector more sustainable

It was clear to me that of all the places I have been lucky enough to meet with local food heroes, Iceland seems to be the one where the confidence is highest to succeed and make positive, meaningful progress towards making the conventional food sector more sustainable. Icelanders are lucky enough to have approximately 85% of their energy produced by domestic renewable energy sources such as geothermal and hydro. This is a great position to begin from when it comes to creating sustainable food and agricultural products. Everyone here was also in some way working towards reducing food waste as a core value to their business. They all also seemed very positive about how supportive the Icelandic government is in terms of innovation and progress in their sector. 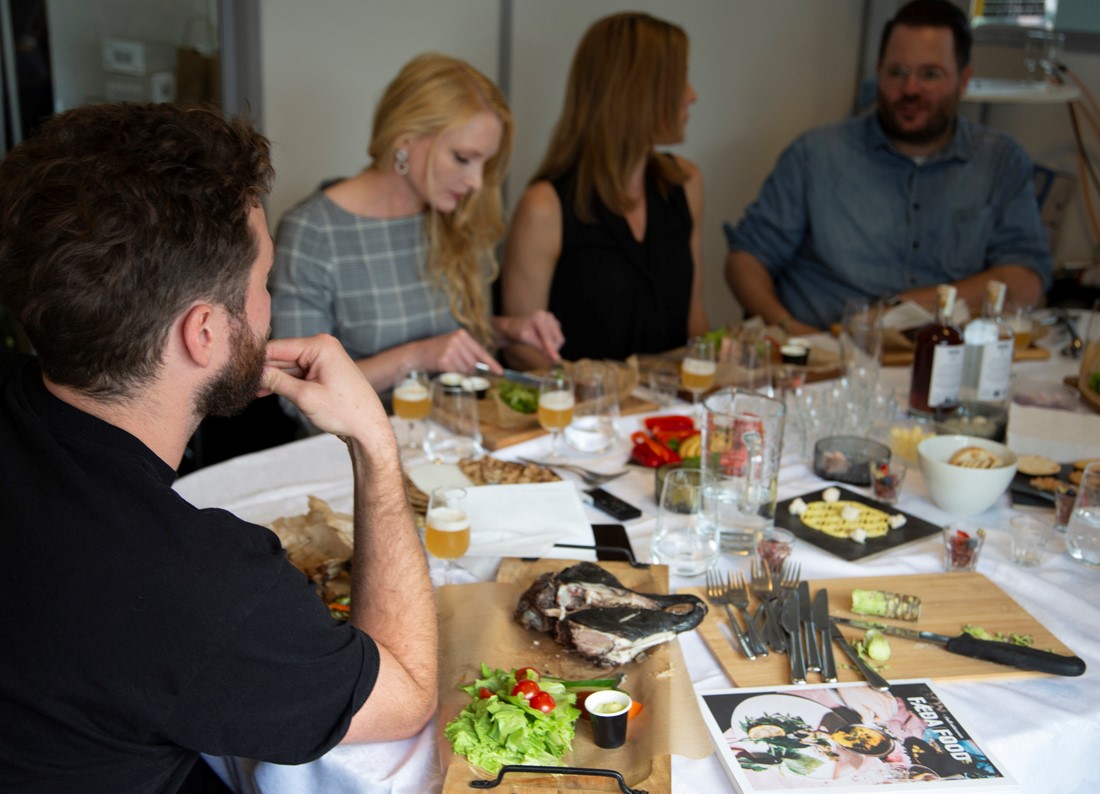 Being hosted by MATIS really helped to highlight Iceland’s position as one of the leaders in food and agricultural technology, with the entrepreneurs I met really striving to make a change in their industry. Where in other countries along the road it seemed that members of this community felt either outcast or marginalised, and that changing the status quo was a constant struggle - here in Iceland the atmosphere felt more united and defiant. Being such a small nation, it is of course much easier to be more focused, but the impression I was left with was that a commitment to a sustainable food sector was one that is now firmly rooted into the DNA of the Icelandic culture.

Do you want to learn more? Watch the 360 video on FoodUnfolded® here to experience the inside of the 3D printer creating seafood snacks.

Stay tuned for my final round up of the Chef on Tour series where I’ll be revealing my highlights from each event and sharing what I’ve learned from meeting the local food heroes across Europe. 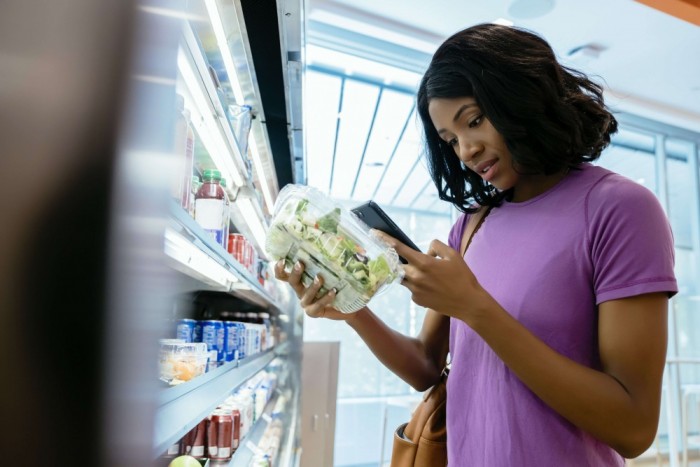 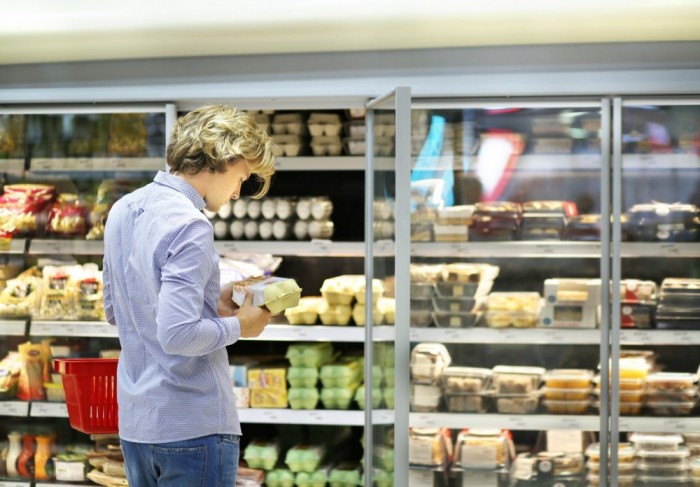